Ear acupuncture (or as it is officially called, Auricular Therapy) works directly with the ear. Chinese medicine holds that the ear has many acupoints, and each one represent another part of the body. The locations on the ear that we treat depend on what the currently problem is. Ear acupuncture is widely used for many conditions, such as addiction treatment, mood disorder, obesity, pain problem, and many more conditions.

Ear acupuncture points may be stimulated for a longer period of time by using ear seeds, also called ear acupressure. Ear seeds are small seeds from the Vaccaria plant. These seeds are held in place on the ear with a small piece of adhesive tape. Ear seeds may be left in the ear for a few days or up to two weeks. 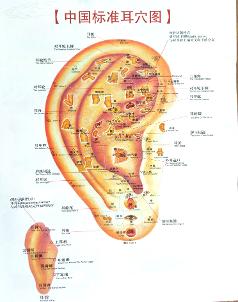 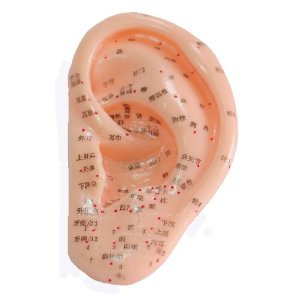